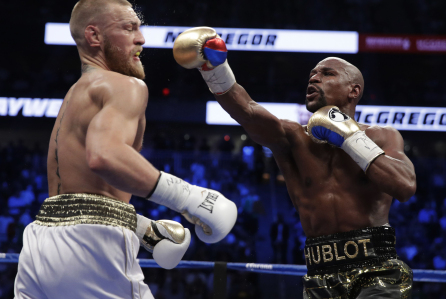 A throwback fight features boxing Showtime main event on June 11th.  Good afternoon and welcome to APEX Boxing Betting.  Today, our frineds at Bet33 are here to handicap the Ruslan Provodnikov vs John Molina Jr bout. Both are veteran fighters whose power elements they have retained over the years.  What is even better for both profit and entertainment value is that they cherish aggressive contact!  This should not be a cautious bout by any means  So lets get to the science of making money on June 11th.

Two cable giants duel it out both showing average or above matches on June 11th.  One of the more competitive value fests is on Showtime near 10PM.  First on the underdog.  Molina (28-6, 23KOs) is an accomplished fighter who is near the +800 level in this bout.  It is not that he is a tomato can but at 33, the erosion of his skill set outside power is near complete.  He has only won one of his last four fights with two of his losses being by knockout.  Why he still gets this level of fight is because both he has a puncher’s chance and he will mix it up.  Until he starts shying away from contact, he will remain a draw for perhaps two more years.

The favorite is Ruslan (25-4, 18KO’s) at Bet33.  Among the great value at Bet33, the totals is where we will focus.  12 round bout with the bar being set at 9 1 /2 (-145/+115).  Ruslan has fists of iron that have heavy punches from both sides.  His attitude and natural inclination is to press forward.  His losses have been against big names like Tim Bradley Jr.  Career forecast is for one more title push or fight.  To do so, he has to dispatch of Molina in almost inhuman fashion.  A dramatic KO early on best serves him.  A win by decision does little for him at this stage.

Eat the snacks here and nurse the beers.  This one could be over very quickly.  Both want to and will seek engagements.  Look for a flourish of heavy punches with Molina being too slow.  Our free pick to profit on for this wild bout is under 9 1/2 rounds near +115.  Good fortune and get those wagers and deposits in right now at Bet33.  Not many +wagers exist with this high degree of probability.