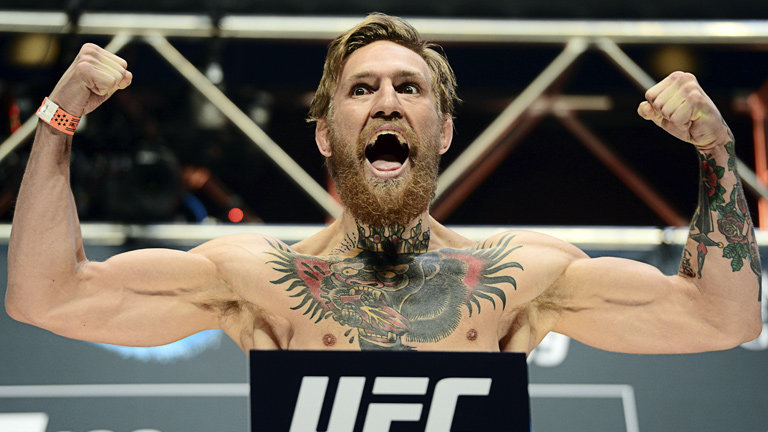 Congrats go to Connor for conquering the world and taking the UFC featherweight belt.  Fourteen seconds it took for floor Jose Aldo with one punch.  McGregor had said that his opponents right hand would get him in trouble and it did so emphatically.  Now we will review what the champ has in plans for his next two fights.  Let us ponder the possible betting angles here at APEX Betting Boxing.

Up in Weight Class

Per his management, Connor will probably jump up to lightweight for his next belt.  Instant credibility seems to be his as speculation would be that it is going to be for that belt as well.  March or April will that one be.  His coach wants him to wait and maximize the potential for UFC 200 by said that Connor would probably veto that as he wants back in the ring much sooner than that.

End of Featherweight Fights for him

144.8 pounds almost killed him.  The weigh in had him very gaunt looking.  So much so that even as high up as Dana White have considered contingency plans if he does not return to that weight class.  Frankie Edgar has been chomping at the bit to get to Connor.  This fight would be a definite moneymaker for the featherweight division.  Edgar has been on a roll and probably suspects that the effort that Connor had to do to get down to that weight would tax him over the course of the fight.

Early public perception and polling has a slight edge for the Irishman sticking in this weight class to fight Edgar.  One thing is for certain and that Connor will not rest on his laurels and will be back in the ring in a few months  Good fortune today and we will see you next time here at APEX Boxing Betting.