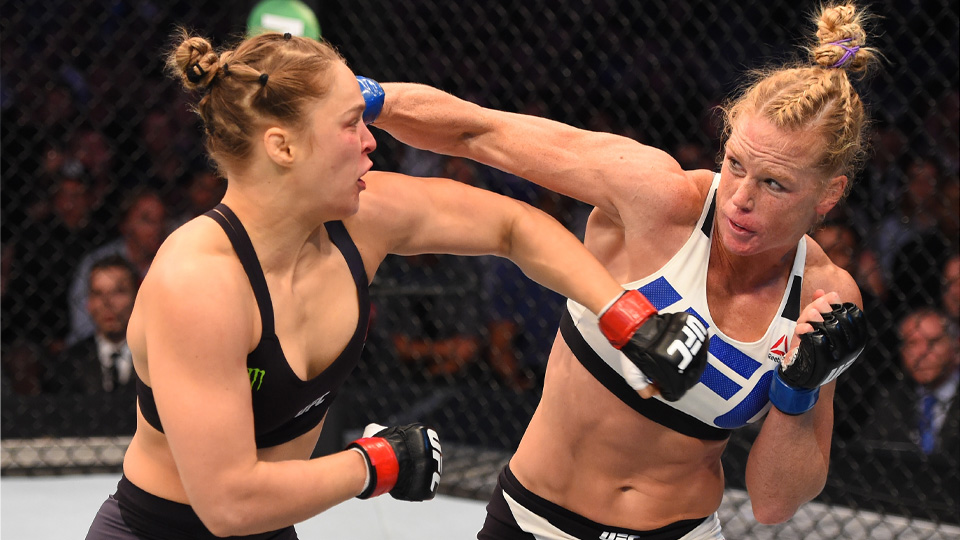 Long term vision is the prudent path for the Holm and Rousey rematch.  The rush is to get it done WWE style with the champ getting the instant rematch but that is counter active for a legitimate organization.  Let us at APEX Boxing Betting lay forth the argument that it should be held of until UFC 200 for the maximum bang for their buck.

With RHonda one had a very large draw that smashed through the traditional earning gap of the genders.  She was headlining with some very impressive ppv numbers.  Now you could have two slightly lower attractions each earning almost the same level.  Almost akin to the story of the golden goose.  Why cut it open to get one golden egg when you can have guaranteed monthly higher events until UFC 200 comes around?

Always Have the Punching Bag

Meisha Tate is that draw that gets people even though those that know the sport realizes she is a tomato can.  That fighter that visually gives a good effort but in reality is no real threat to top tier talent.  Hey there is a use for that type of fighter so why not get Holm some notches in the belt with defenses against her.  Meanwhile the drama of Rousey having to work her way back through the ranks gives the revenge factor and more time so she can learn to dodge  superior vertical attack.

The trick here is to generate interest off of just instead of on the Rousey-Holm affair.  You are going to get the numbers off the big one Dana.  Why not milk the cow for a way instead of just getting one burger from it?  Good fortune in your UFC wagering and enjoy the holiday from your friends at APEX Boxing Betting.