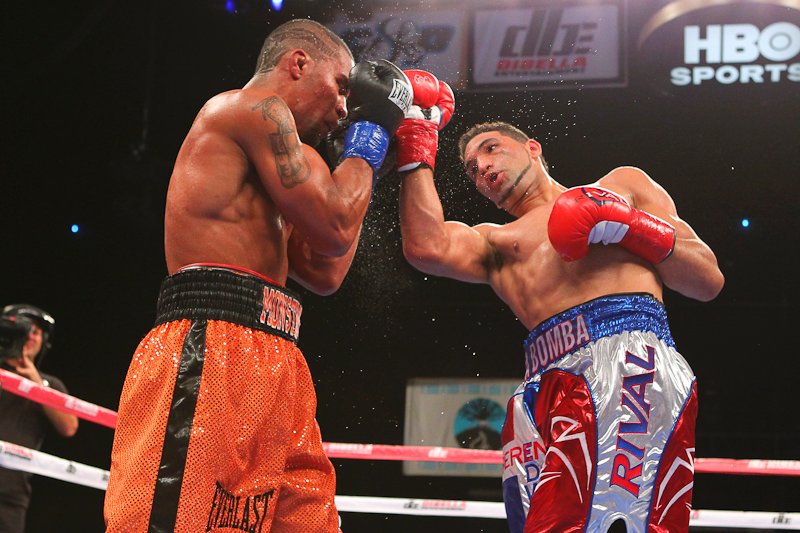 Let us being with opening up the Video Vault with a classic as the UFC invade the territory of the Marines.  Next find out what Frenchman should not have on single Franc wagered on him. Finally, the undercard has some of that same strong fade material.  All of this is now on tap for you here on APEX Boxing.

More than one grain of salt has to be taken with this.  Several UFC fighters “invade” the marines to see how they would do in some hand to hand and other scenarios.  The marines choose their best to take no chances they would be embarrassed.  The mismatch was expected but still makes for compelling material to watch.  Imagine what would happen if some of the jarheads venture forth into UFC territory.  Enjoy this classic from HarryBank99 in this video vault classic.

Floyd Not Only One Taking on Unknowns

Screaming of pay day, the WBC heavyweight champ opted for a lesser known opponent in Septmember.  Frenchman Johann Duhaupas gets the chance for some jewelry in this one against the champ, Deontay Wilder.  Want a sure thing then this is about as good as it gets.  Johann is a propped up 33-2 with 20 knockouts.  Only a dozen of his opponents have winning records.  He got a majority decision over Manuel Charr in his only victory of note.  This almost makes the -20000 on Peter Quillin look tame.  By virtue of his record, the odds wont get that high but this is one underdog that should not be wagered on in any circumstance.

Who is in the camp that thought trotting out Antonio DeMarco back into the ring is a good idead?  He is only 29 years old but has maximized his career potential in the sport.  He has taken beatings in the ring.  His last bout he lost every round and looked like a youtube video when one has too little memory.  He faces Omar Figueroa on the undercard of the Wilder main event.  DeMarco is part of your must fade parlay to try and counter the incredible vig that would be charged on this “fight”.  Look for them and other  higher profile fights on America’s Bookie today.