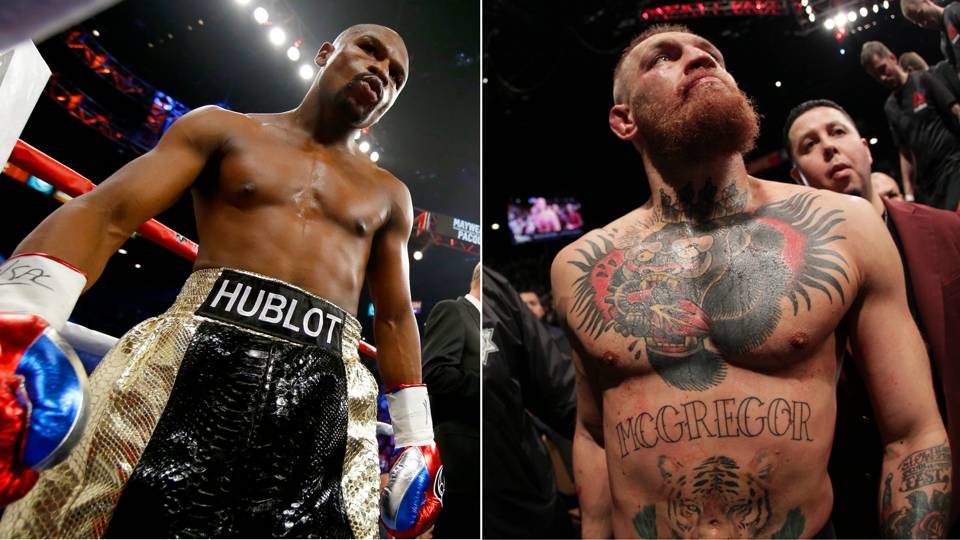 Now the fantasy fun has gone up another notch with the ramped up offer by Floyd for a Mayweather McGregor bout to happen on New Year’s Eve.  Good afternoon fight bans from all of us here at APEX Boxing Betting.  Today we take a side road to look at the rumors involving this cross promotional fantasy fight.  When the news first swept social media, it was discounted because of the immense hurdles it would involve.  However at the mention of a possible $50 million for McGregor then the idea of moving mountains by this amount of money might become reality.

For those that make it to the mountain top, the hard work and toil translate into possible paydays but few like this.  The Street Betting addresses just some of the regimen that athletes like Conor and Flyod go through in preparing for contact sport bouts.  We had thought that Floyd was done with all of this but another payday near $100 m could get him going again.  TMZ sports reported that Mayweather upped the ante to the Irishman to get Dana White into the picture.

Problem is that Conor is under contract and not in good relations with the organization.  McGregor did not want to to do the road promotion aspect of a UFC 200 Nate Diaz bout so Dana White stripped him of the opportunity.  Conor high handed them all and said I am going to retire.  Now White might hold the literal purse strings to this match.  How much is it worth to him not only to make this happen but to massage his ego to allow Conor to do it?  Numbers like this can change the minds of most men!

Lots of egos and angles still might make this impossible.  However, the money man is now in the fray.  He looks to be serious when he peddles around these numbers.  Keep tuned into APEX Boxing Betting for this and all the other news of the rumored fights on the landscape of both boxing and MMA.