How Can I Bet on UFC 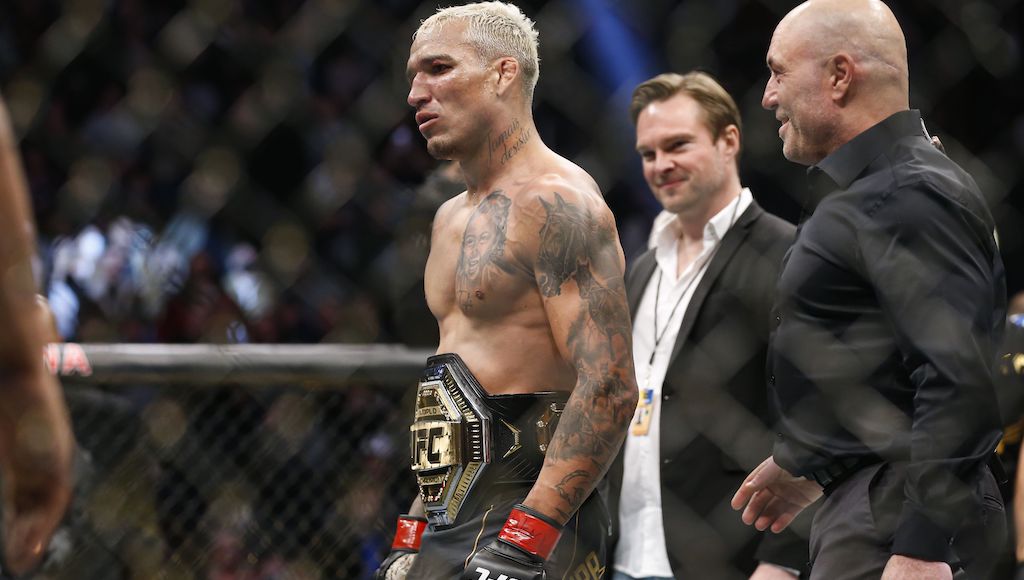 Want to know how can I bet on UFC?

– Like most other sports, UFC bettors can wager on the moneyline, point spread, and totals.

How Can I Bet on UFC

UFC, as a sport, has become extremely popular over the last decade or so. From its early days without any weight classes until now, the sport has grown tremendously. It has also become a niche sport for bettors.

One thing has remained constant in the sport. UFC bettors have found the sport as a way to make some serious money. Betting on UFC is not only fun. It can be profitable as well.

Here, we answer the question, “How can I bet on UFC?” Last time out we answered, how do you bet on boxing?

The absolute easiest way to bet on UFC is by placing a bet on a fighter to win a match. It’s a simple moneyline bet on one of two fighters.

Take the following as an example.

Cannonier is the favorite and a bettor would have to wager $170 to win $100. It doesn’t matter how the fighter wins or when he earns the victory. As long as the fighter you bet on wins, the bet is a winner.

UFC bettors can also find a 3-way moneyline. This would include the possibility of a draw. Only 1.7 percent of UFC fights end in a draw, but bettors can take a chance on it in the 3-way moneyline. Using our example above, we have Cannonier, Brunson, and now the draw listed at a very long +8000.

Just like in other sports, UFC bettors can wager on totals. Here, they bet on the Over/Under on how many rounds the fight will last.

Three-round fights typically have a total of 1.5 rounds. Five-round fights are usually set at 2.5. They can vary though, but the important thing to note is that when a fight ends in a round is crucial.

Say the total is set at 2.5 rounds at top UFC sportsbooks. Each round in UFC fighting is five minutes. If a bettor wagered on the Over, the fight would have to go past the 2:30 mark of the third round. When the fight is stopped determines the total.

While not as popular a bet as the Round Totals, bettors can wager on whether or not a fight will go the distance.

Method of Victory – How Can I Bet on UFC

Another interesting UFC bet is on how a fight ends or the method of victory. Bouts can end in a number of ways including decision (unanimous, split, majority), technical decision, draw, KO/TKO, or submission.

Bets in this category are similar to the Fight Winner. It’s a moneyline bet and would look like this.

Because a bettor chooses the winner and the method of victory, the odds are more favorable to a larger payout.

Just like other sports, it is possible to bet on long-term events in the UFC. The most popular type of UFC futures bet is on which fighter will be the champion of a certain weight class at the end of a given period of time. That is usually the end of the calendar year.

To Be Welterweight Champion at End of Year

How Can I Bet on UFC – UFC Prop Bets

Prop bets in UFC fighting are those that are not related to a total or any type of moneyline betting. They are popular as they give bettors more ways to bet on fights.

Some of these include bets on the final point spread. Fighters are awarded points for each round. Bettors can then bet on a given point spread.

Another is on players touching their gloves. Will the two fighters touch gloves before the fight? There are more UFC prop bets like these and they will vary by sportsbook. Some sportsbooks will not have many, if any at all, prop bets. Others will have several.

Prop bets are just one of the many ways that UFC bettors can enjoy betting on fights. UFC offers great opportunities for smart bettors. UFC underdogs have won 35 percent of their fights over the last eight years. Underdogs between +186 and +150 have won 41 percent of the time.