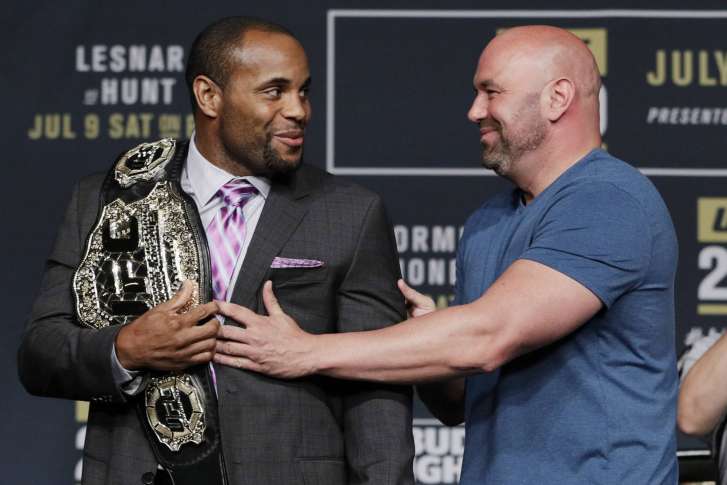 Jon Jones dirty were the words on his urine sample as a UFC 200 reboot has had to happen.  Good Day to everyone here at APEX Boxing Betting.  Now we have to adjust to a major shake up at the banner event of Dana White.  Jon Jones is gone but they found an opponent for Cromier.  Now the whole show does not have to depend on Brock Lesnar and some other high profile matches.  Let us look at where the profit can be this Saturday the 9th of July.

Two of the main fights will definitely be affected by fitness.  The Cupcake is set to defend her title.  She is in the high -200’s ML favorite.  Meisha Tate has experience going deep into fights while her opponent does not.  Amanda Nunes (12-4) has little shot if she can not end it fast.  She cant go three rounds well let alone the five that is being asked of her now.  Clear cut Tate Win.

Second one that needs to finish fast is Brock Lesnar.  He is the underdog against Mark Hunt because Hunt can pick him apart on the vertical plane.  What the WWE product needs to do is bull charge him and get the man to the ground.  He was an elite college wrestler and still one of the top talents on the ground. Go with the under in this one as no drawn out finish can be seen for this one.

Jones got forced out because his sample was flagged.  He claims innocence but most are tired of hearing the claims.  Anderson Silva comes to the rescue to give us a fight where he is only +350 or so ML.  In his prime, this might have been a better fight.  Silva is winless in years and just two months removed from a gallblader procedure.  Cormier wins this every time in situations like these.  Cash the ticket.

We shall see you at the ticket window with this parlay.  Cormier and Tate for certain is a bet combination that is potent.  Hunt-Lesnar should just be bet straight on whom you think will win.  We think it is even closer than the odds posted for that one.  Good fortune in your wagers and we will see you next time here at APEX Boxing Betting.