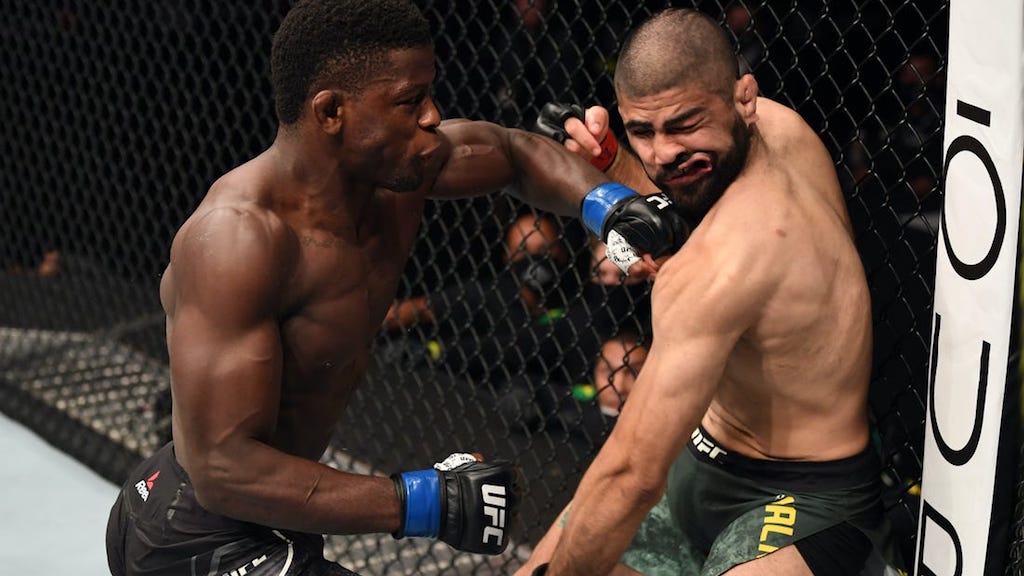 If you are thinking about betting on the UFC or want to increase your chances of winning more bets, there is something you should try. No, it is not a magic spell or a lucky set of numbers, but rather knowing UFC finishing rates for each fighter.

Winning rates have their own probability for a certain fighter to win by taking the time to look at UFC stats. Below you will see examples of how you can use these rates to your advantage.

Looking back at 2020 for the UFC, if you took the fighter that had the better overall striking performance of their career, then you would be in good shape. This turned out to be a majority of the time in most cases and is a very good start to selecting a fighter to win.

Picking against the favorite or rooting for the underdog is common in other sports. But in UFC, taking the favorite most times has proved to work in that scenario.

In this situation for a UFC fight card, roughly three or four underdogs win. This means you should look for ones that are slight underdogs with other accompanying helpful stats.

Editor’s Choice: Updated Odds to Win the 2021 Naismith Player of the Year

An interesting take on fighters missing weight has resulted in a main opportunity. Roughly 33 percent of fighters that did not make their weight ended up losing. This is definitely some UFC finishing rates you need to know.

In a lot of cases, fighters are struggling to keep a certain weight down and look drained at weigh-ins.

The UFC has done a tremendous job of finding short notice replacements to fill in for fighters that had COVID-19, injuries, or whatever else. Unfortunately for those same replacements and bettors, those that had less than a month’s notice have lost roughly 63 percent of the time.

These are also great stats to know when betting UFC props.

It is important to look at the age gap between fighters when betting the UFC. Now, experience is very important for a lot of different reasons, and some people might think a younger fighter is inexperienced.

However, the age of a fighter has shown to be a slight factor in the outcome of fights with a 59 percent winning rate.

Reach and Size Can Matter – About 54 Percent Win Rate

Taking the fighter with the longer reach and still having a close weigh-in day has shown to provide a slight advantage. It is not enough to warrant a very large bet, but it is something to think about as it carries a 54 percent winning rate.

I hope this helped you on your way to win more bets by knowing more about UFC finishing rates.