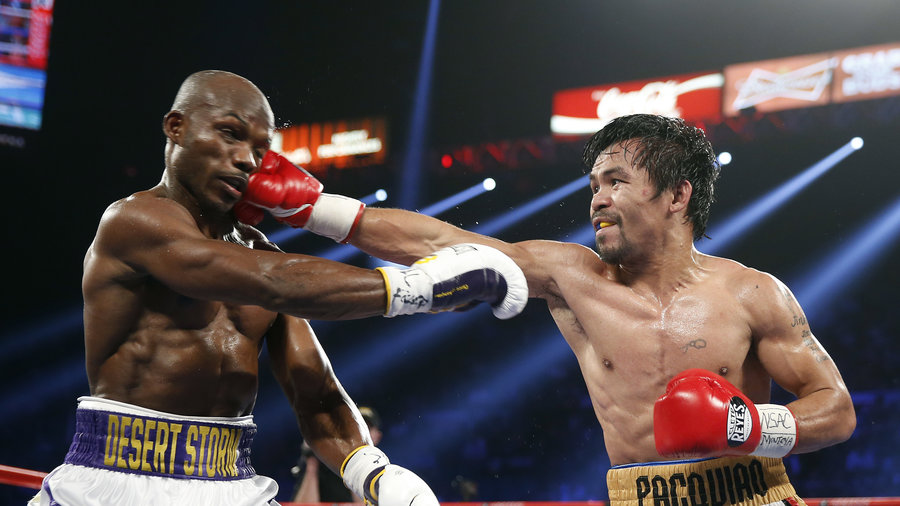 Big boxing breaking news as Manny Pacquiao Retirement Ends is flashing all over news stations, social media, and the Internet.  Good morning and welcome back to APEX Boxing Betting.  Not only is there news but perspective dates in the work for sometime before the end of this year.  The boxing legend indicates that he misses the fights and has worked out a schedule where he could train and be in the Senate of his native country.  Let us see all the details of the big news here at APEX Boxing.

Last time Manny pinged on our radar, we were discussing bets with his “final” bout against Timothy Bradley.  Now he has come out of the woodwork to announce that late October or early November as being the time for Manny’s return.  October 15th was originally slated but his governmental duties created conflict.  Now the man that still looked pretty good at age 37 beating Bradley is going back into the ring but against whom is the question.

Broner was contacted about being Manny’s opponent.  He was interested if only if his asking price would be met.  The problem is that he would be making more than Pacquiao for this fight.  Little chance of that happening so a short list was created.

Long time coach Freddie Roach was not surprised by this announcement.  He feels Manny has plenty of fuel in the tank even though he has had 66 fights.  Roach concedes that late October is probably too early to be practical here.

This news has made most boxing fans happy.  Manny is not the overly defensive fighter that Floyd is.  If one is going to have to come back, Pacquiao is the better bout.  Mayweather can extend and break the undefeated record but his defensive skills make fights lackluster.  Stay tuned to APEX Boxing Betting for more on this key bout as fight time gets closer.