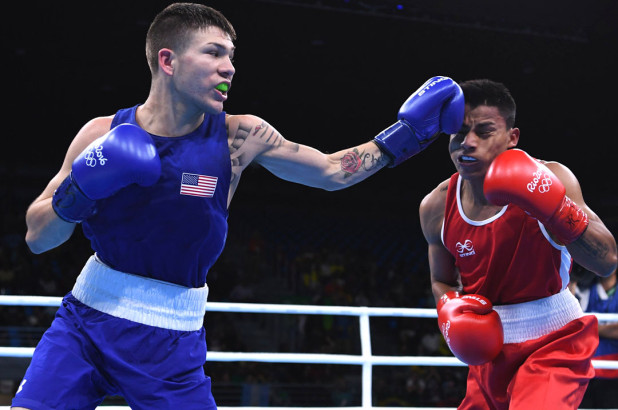 RIO 2016 will be the venue remembered for a new Olympic Boxing Scoring System.  Great to see everyone here at APEX Boxing Betting immersed in the action of these Summer Games.  It is very encouraging to see reform that works well in the Sweet Science.  It has been a long time coming since 1984 but the sport finally has gotten it right.  Today, we will look at the point where the world started to suspect that reform in the manner of scoring in boxing needed to occur.  Let us learn from history and revel in the marvelous wagering opportunities we now have in the Sweet Science here at APEX Boxing Betting.

84 saw the US get every win that went to decision except for one in the Summer Games.  While having some dominant boxers, this was against the laws of probably and statistics on occurring naturally.  Many nations including South Korea were livid about the perceived bias the host nation received.  When the games went to South Korea in 1988, they did not forget and put the fix in against Roy Jones Jr in the gold medal bout.  Here is the bout for you to decide.  Thanks to Ritchie T A for posting this on Youtube.

Changes over the years

After this, an electronic system that recorded strikes in certain regions was the standard for Olympic boxing.  This lead to a lack of aggression and what critics called pitter pat or patty cake boxing.  While less controversial, it still did not greatly resemble the sport on the professional level.  Well, Rio sought to change this and boy did it work out well.

New system resembles the professionals ten point per round systems.  Solid hits, aggressiveness, and ring tactics are the basis for point differentiation.  Computer randomly selects three out of the five judges score cards.  Much more fan friendly system that has most nations agreeing that this should be the new norm.  Congratulations to these Summer Games for giving us better boxing to bet on at Americas Bookie.  Good fortune today and we will see you next time here at APEX Boxing.