Scintilating Saturday to End August in the Ring 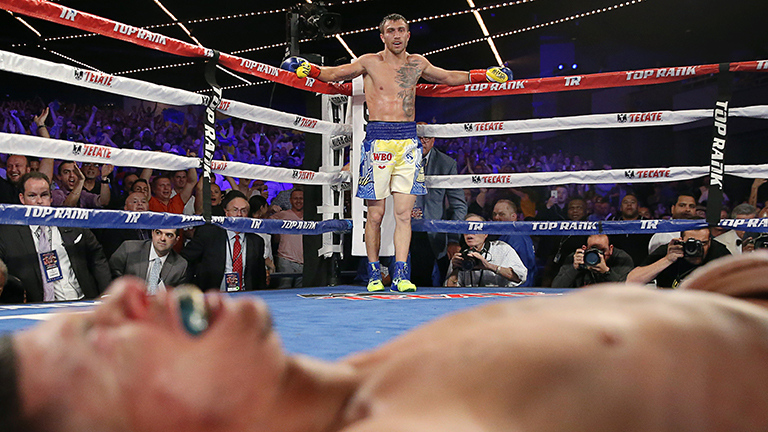 For the most part, the larger bouts have been profitable but a tad bit boring.  Defensive boxing is not in the cards for this final Saturday in August.  APEX Boxing Betting is going to examine two bouts this 8/29 to put that pep back into your step.  So let us leap forward to plan our sports investment portfolio to include the Sweet Science this weekend.

It is one thing if the talent was just lacking in a boxer’s weight division but this is not the case for Santa Cruz.  A rising star should not feast upon substandard opponents for close to three years.  Let us go over the checklist of whom he has fought as of late.

This is akin to the Larry, Moe, and Curly of the boxing world.  However, his next bout will not feature a member of the Stooge crew.  He gets to box Mares on Saturday night on ESPN.  This was the same fighter that was on a career high for three years until 2013 saw Mares get destroyed by Jhonny Gonzalez in one lone round.  Now this All-Mexican affair will give us wagering bang for our buck to close out August.

Another bout that is better than the ordinary fare is going to be the second installment of the Mosley and Mayorga clash from 2008.  Shane won by knockout in that one and this is more for nostalgia with some action.  Even if it is not going to be what it was, Don King wants to get his hands in this one.  The fight promoter has been on the wrong end of some legal judgments.  Getting dinged $7.5M to Terry Norris in a recent case has him in reclaimation mode.  Don King has filed an injunction seeking to stop the fight saying he still represents Mayorga.  King is reduced to a shadow of himself trying to buzz around in hopes of a pay day to go away.  APEX Boxing Betting will see if this scheduled tilt on Saturday will still go off.  Check in to see if there is any update on this and other boxing bets at our favored out, America’s Bookie.