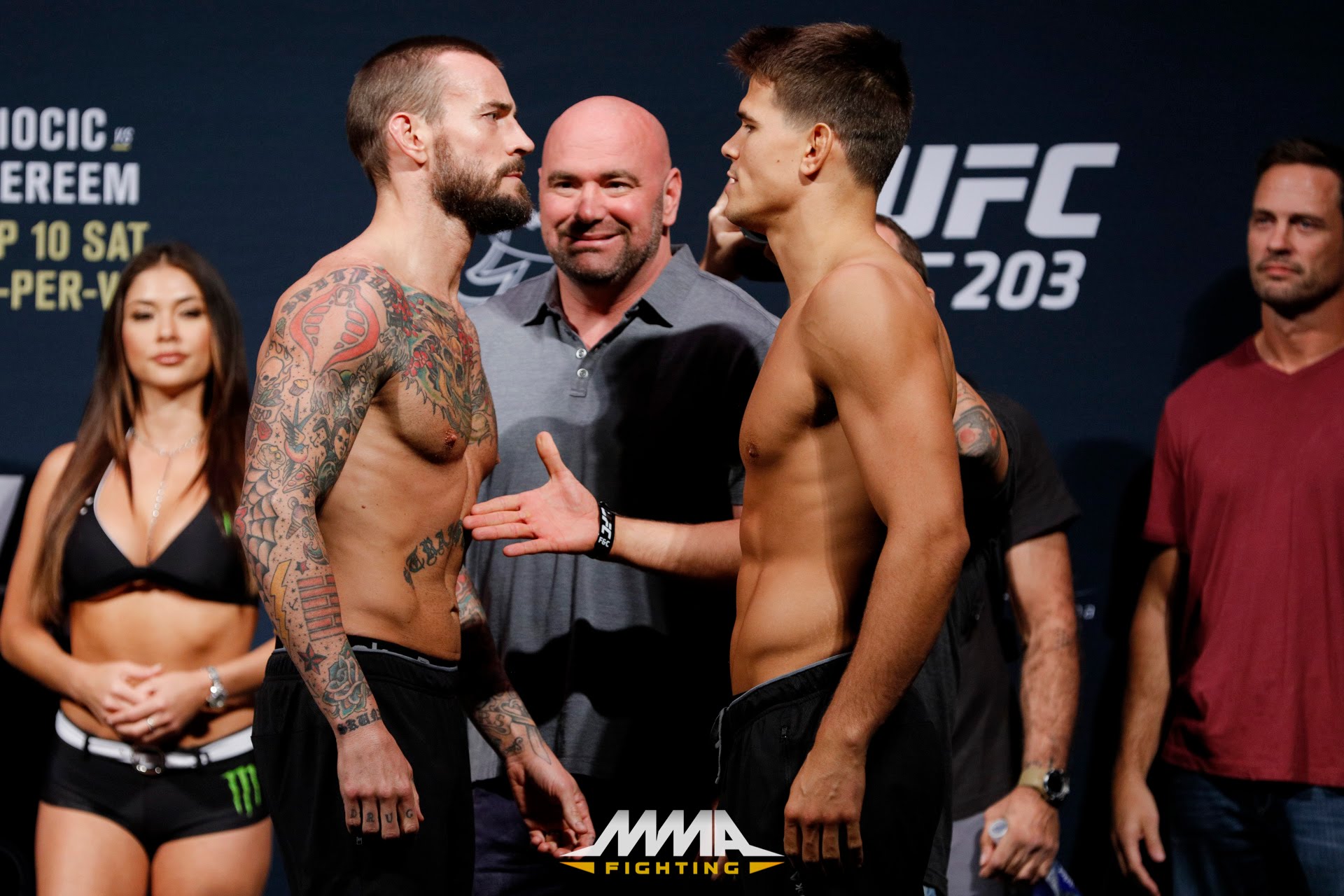 One of the great things about both the organization and the UFC 203 PPV is the never ending quotes and quality material coming into this event on September 10th.  Great to see everyone again here at APEX Boxing Betting.  Finally almost after two years, CM Punk will make the transition from the WWE to the UFC.  Brock Lesnar was successful in both but he had a great college wrestling career before any of this.  CM is 38 years old and this might be a thing to see if he can do rather than be a viable career path.  This is part of the reason why he is a +250 underdog going into his debut against Mickey Gall.

Impressions from the young gun Mickey Gall are not of the complimentary sort in regards to CM Punk.  Gall even takes some of his comments with a grain of salt because the footage he sees is somewhat old but he draws these distinctions.

His greater experience in this platform and superior athleticism gives him nearly a -300 advantage at sportsbooks like Americas Bookie.  Is this a representative value and if not where will profit be plucked from?

Here is the Question

With all this time, one can hope that fitness and strength are not problems with CM Punk.  He should just not run out of gas with all the prep.  Is it the speed that will phase him?  Or the unmitigated aggression that he will be facing with someone that is proclaiming that he is going to go out there to kill him?  Quite a bit of talk but at least the former WWE product has the right people surrounding him to give him a chance for success.

September 10th main card PPV.  This is not the main event but just one of the many fights one can bet on for profit at Americas Bookie.  Stay tuned next time as we go over the rest of the evening’s entertainment for even more cash in our accounts.