Want to See the Charlo Twins? Pay the Price 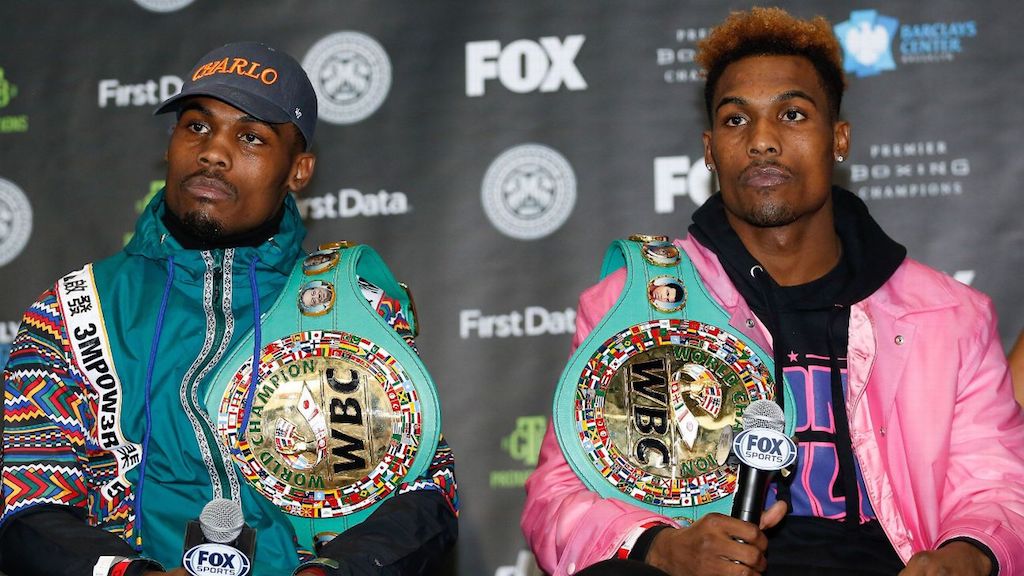 This Saturday night, the Charlo Twins, brothers that are both world champions, will headline different portions of a Showtime pay-per-view show. BetAnySports customers can see it starting at 7 PM ET, emanating from the Mohegan Sun Casino in Connecticut. There are two three-fight cards, the way they’re pushing it, with a 30-minute intermission in between.

No doubt that was an effort to appease the twins, neither of whom, we imagine, wants lower billing.

When the price for this presentation was announced, a lot of people were aghast. And on the surface, it does appear to be a bit out of line, at $74.99.

Of course, when it comes to pay-per-view, its viability is going to be determined by the marketplace in the final analysis. If the price is too high, and demand is “elastic,” it won’t succeed. If you don’t like the price, don’t watch it. And if enough people feel that way, you’ll see a market correction.

But I’ll tell you something you may not have considered, when pondering the rationale behind such a pricing model. The success of any pay-per-view is measured not so much by something as simple as the number of buys, but rather the amount of revenue it brings in, relative to how much it costs.

In other words, a heavyweight championship fight that draws a million buyers may not be a success at all, while a show with lesser-known fighters and bouts of lesser prestige could do very well with 100,000 buys or even less, as long as they can reach a certain “niche.”

That shouldn’t be a hard thing to understand.

The conventional wisdom among people who follow this sort of thing is that in order for a pay-per-view boxing telecast to sell, it needs to draw a significant share from the “casual” or “mainstream” audience, because the so-called “rabid” boxing fans can’t carry the freight.

But you’ve got to figure that Al Haymon of Premier Boxing Champions, who’s putting this on, is hoping that he can get the more serious fans excited, enough to attract 100-150k buys. There is a virtual split on the income with the network, so he may be able to come out of it with enough to cover his nut. The Charlo brothers are not well-known among casual sports fans, but maybe Haymon doesn’t have to rely on that, if he’s gotten sufficient internal promotion from Showtime and the carriers.

A few words about the fights, with odds that are posted at BetAnySports:

* There’s no question that Derevyanchenko is game; the fact that he’s only had 15 pro fights doesn’t mean as much as it usually might, because he had over 400 amateur bouts. And he’s gotten off the floor to go the distance in very interesting and competitive fights against both Danny Jacobs and Gennady Golovkin.

You know that he is going to keep coming and that he’s got endurance. If he is able to make Jermall fight every minute of every round this can become very intriguing if it goes into the later rounds.

But I’m not sure this is a good enough price for me. Jermall has quite a formidable jab – one that was good enough to put Julian Williams on the deck, for instance – and I see him connecting with that jab on a regular basis, if that is what is prescribed in his game plan. And he is quicker. Over the course of time, he could break Derevyanchenko down with it.  And if the Ukranian gets cut, as he did against GGG, that jab exacerbates the situation. So I’d go with the favorite (and “house” fighter) in this one.

* I see more of a possibility of an upset here. Like his brother, Jermell has power, and he’s fought some pretty good fighters too. But the way I look at it, I don’t think he’s as complete a boxer as his brother, with as much ability to control fights with his jab. He also gets a little wild at times, and when you do that, you can leave yourself wide-open.

Rosario is not a guy who’s going to “slick” you to death. But he can crack, and if Jermell leaves him the opening, he’s got the ability to hurt him. Yes, it must be acknowledged that when he won the WBA/IBF titles, J-Rock Williams was favoring his left eye, which had been cut. But Rosario was hurting his man anyway. In terms of native ability, Jermell has the clear edge. But this kid Rosario swings for the fences. Either way, I don’t think this is going the distance, and may not get close. So I would move in the direction of the UNDER.

Bet all the great boxing action from around the world at BetAnySports, where you can make your deposits with Bitcoin and pay no transaction fee……. And remember that on your action in all major sports, both reduced juice (for better value in the odds) and Sports Betting Prime (for real-time wagers) is available!