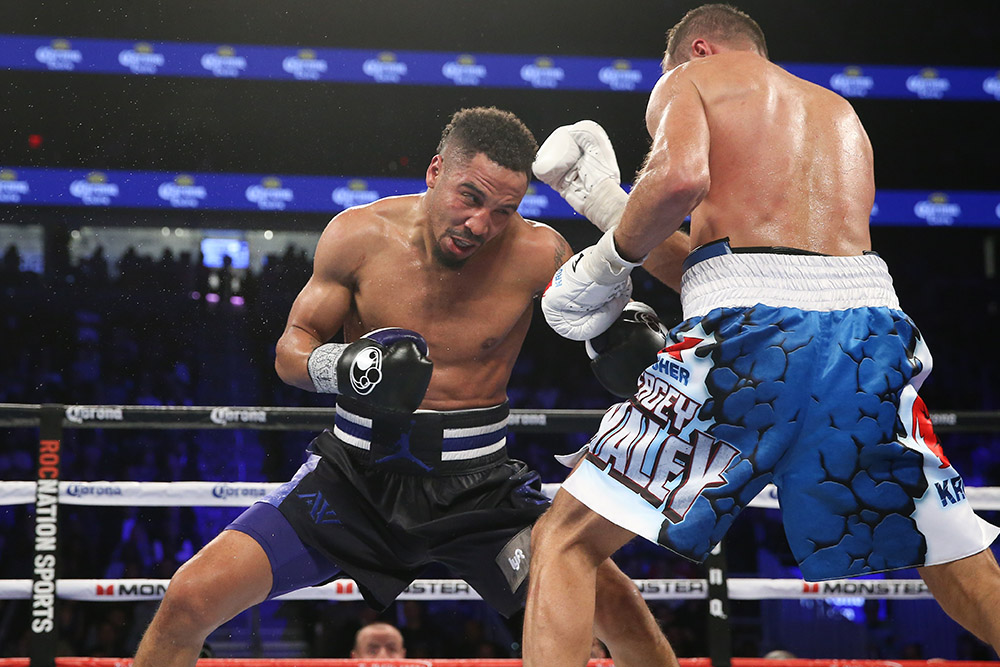 November might seem a ways off but the Waqrd Kovalev fight is that hot of a commodity that we can savor it two months away.  Great to see everyone back here again at APEX Boxing Fighting.  One of the most aggressive and successful fighters on the planet is Sergey Kovalev.  Three major belts adorn his mantle at the 175 pound weight class.  This fighter does not say no to a challenge.  SO when presented with the chance that Andre Ward would climb up from 168 to box him, he accepted the gauntlet.  Shockingly, Sergey opens as a slight underdog for this battle of the titans set to square of on November 19th on pay per view.

Love the quote from Kovaley in this one.  Inquiries go to him on any special strategy in facing an accomplished fighter like Ward and he retorts…

“I will just go in the ring to destroy him!”

Brash and to the point.  That is one of the reasons why this fight is so fascinating.  It is the polarization of succesful styles in the ring.  Andre Ward is a maestro who has a full arsenal of punches.  He has flow and the uncanny ability to adjust pace to penetrate any defense.  Traditional tactics would have someone of lesser ability adhere to staying a far distance from Kovalev.  Ward is that rare breed that can go toe to toe because the greatest exploits to a power puncher lie in close quarters.

This one is close but to make it even more interesting, the oddsmakers had to come to a stance.  A pickem is a dry slap to the face for this fight.  Vegas is a gamblers town and that is where this tilt will be.  Ward was given the nod near -135.  The line is meant to spur wagering and might not be representative of the truth of the situation.  Kovalev can last twelve round but as the fight goes on, his advantage might wane a bit.

Premier sportsbooks like Americas Bookie will have plenty of wager types for this huge fight.  Deposit now to build that bankroll by betting contact sports up to this November fight.  MMA, UFC, and boxing are just a few of their main stay sports to bet on.  Good fortune in your ventures today and we will see you next time here at APEX Boxing Betting.