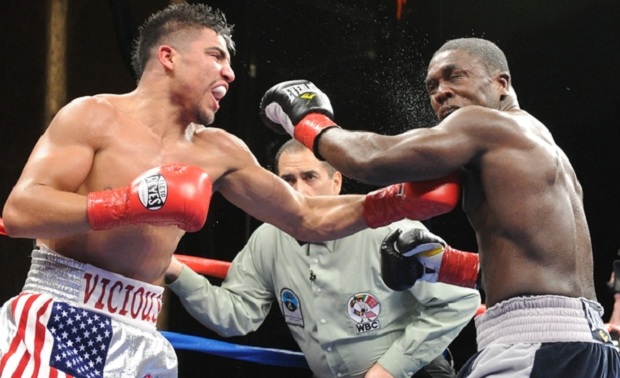 Winning cash on the return bout of Victor Ortiz and Andre Bento will be satisfying on so many fronts.  One can throw out the records in this one as the April 30th fight card that starts at 8PM ET .  This welterweight bout has Andre Bento the favorite of -175 at America’s Bookie.  Both boxers are hoping to reignite their boxing careers for different reasons.  APEX Boxing Betting is here to hype the fight as a means of procuring profit and enjoying a great night of the Sweet Science on Fox TV.

Fight of the year candidate for 2011 had Victor take any means of aggression at Andre Bento.  This is the bout that both boxers would put on their resume for further big money fights.  Five years later, both boxers want to get back into the title mix.  While not being on top of their game, fans everywhere are hoping and praying to get another knockdown drag out affair.  We thank BorgesProduction for assembling this homage to their first fight.

Why Both Fighters Need This Now?

Ortiz (31-5-2) courted Hollywood with appearances in such productions as the Expendables 3 and Dancing with the Stars.  After getting swatted by Luis Collazo in 2014, Victor needed a few tomato cans to prop up his record.  Two wins in a row against opposition with double digits in the loss column is not a ringing endorsement. These are key considerations to factor in.  APEX Boxing has an article on how to convert this boxing wisdom into cash.  To become relevant in boxing again, he needs this win against a fighter like Bento.

Bento got bit by the Floyd Mayweather payday bug.  Took a fight that he was beat in the technical aspects.  Footwork he was a tad slow.  Ring awareness in regards of space he was lacking.  Now at 30-4, he needs the win in the return bout to at least appeal to the boxing community in stopping power of slower opponents.  Few have the quickness that Floyd had.  If Andre can stop those that are slower than he can get back in the welterweight title picture here.

Last thing that goes for aging boxers is power.  Even those Ortiz is just 29, his time out of the ring has eroded his speed.  Victor does not face in ring adversity well as his troubleshooting skills mid bout are horrid.  As long as Bento does not get it in his head to go Conan with him, the 32 year old is a bigger favorite than his -175 price indicates.  APEX Boxing Betting urges you to invest on Andre Bento to beat Victor Ortiz on April 30th.  Good fortune in this bout and we will see you next time here at APEX Boxing.